Inverness Gigs Q and A for Hootannany gig 21st September 2015

An interview with Andy Murray of Coast.

Founded by brothers Paul Eastham and Chris Barnes, and inspired by their time in the Outer Hebrides, Coast is a 5 piece that define themselves as “Folk / Rock with Celtic undertones”. They have played a plethora of Inverness venues and return again as part of a short themed tour in September. We spoke to band member Andy Murray about the band, the tour and more… 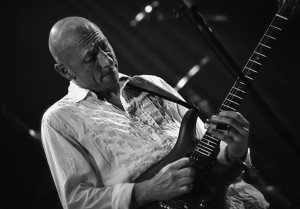 Andy Murray of Wolfstone and Coast

Coast has been described as ‘Folk Rock’ or ‘Celtic Rock’, how do you describe the band’s sound?

Iain Bayne ( The bands manager ) and of course Runrigs Drummer, sums it up well with his quote . “ A band that once heard is never forgotten . Their audiences are dancing one minute and silenced by beauty the next“

I think having spent time in the Outer Hebrides as young men, Paul and his brother Chris Barnes were moved and inspired by the people and the culture there which has really given Pauls songwriting a uniqueness all of it’s own.

To me you can hear and feel a Celtic vibe in the music and I think thats because Paul ,as a sensitive soul, has been moved and inspired deeply by living on Benbecula along with his other life experiences  . You can almost feel the remoteness of the Islands in Paul’s heartfelt pieces. And in the Rockier numbers there are definitely Celtic melodies in the songs. 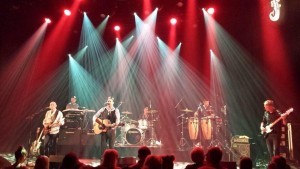 There’s a uniqueness to the band’s sound. I don’t like describing or comparing muisc . I would just say the music has unique qualities that make it a brand of it’s own.

If I attempted to describe it though I would use words like Celtic, Rock , Folk , uplifting , heartfelt , powerful music….

The band has evolved over time, what song (s) best represent the band currently?

I couldn’t really pick one song. I would say Paul is a great songwriter and the bands interpretation of the songs are pretty close to the album sound along with the added influences of the bands own personal musicality . There are obvious songs that we will be playing like America, Oceanos and Long Way Home along with a couple of surprises in the set.

Having joined Coast in 2013 how does it compare with your time with Wolfstone?

Musically; I prefer Coast because it’s more song based. Wolfstone was more tune based. It’s probably more enjoyable from a guitar playing point of view in Coast.That’s the short answer (-;

Both bands have been great fun to be in. It’s always great to be in a band with guys that have a great sense of humour. There has been no shortage of that in Coast and there wasn’t in Wolfstone either. It has to be fun , and it is…

How are you feeling about the ,four date, ‘Coast to Coast’ tour which brings the band back to Inverness?

I’m feeling excited. Looking forward to seeing some old and new faces and getting to play some great music, have a good laugh with the guys in the band, while seeing lots of Scotland. I’m sure we will show Steve the drummer (who is from Southampton ) where the Haggis live and if he’s lucky it will still be mild and he will get eaten by midges in Oban.

Playing in Inverness with Coast as the last date will be great , I’m sure it will be a full house . And another plus is I will get to go home to my own bed after the gig !

Coast has played so many of the Inverness venues, how do you account for the band’s strong fan base in the area?

I would say it’s the quality of Pauls songs that creates a strong fan base. Since joining the band I have noticed so many people just fall in love with his songwriting.

Where are the band currently at with recording new material?

That’s in the pipeline for next year.

You can check the band out via Coast’s website and their Facebook page. Also you can find out about Coast’s new competition for people who buy tickets for the Coast to Coast tour.

Details and tickets for the forthcoming gig at Hootananny in September.